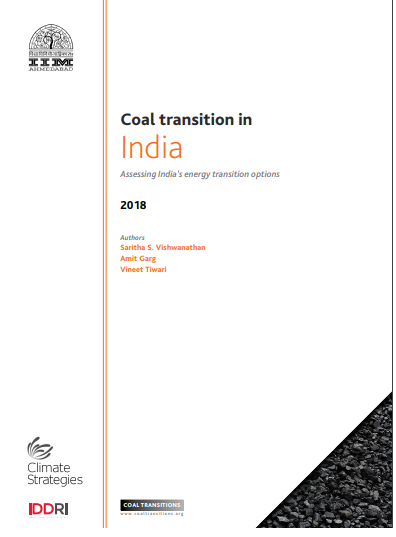 Coal meets 30% of the world’s energy needs and generates 41.1% of world’s electricity (WCA, 2016). India is currently the third largest power producer using coal and third largest coal importer in the world. The Indian population is characterized by low levels of consumption of modern energy (880 KWh/capita/year) by international standards. Nevertheless sustaining one of the fastest GDP growth rates in the world currently at above 7% per annum, India is well on track to meeting and may be surpassing its NDC Paris commitments for 33-35% reduction in GHG intensity of its GDP during 2005-2030 (around 25% reduction done during 2005- 2014) and 40% share of non-fossil electricity capacity by 2030 (around 30% by 2017 already). Coal, however is projected to remain the mainstay of Indian energy systems at least until 2030.