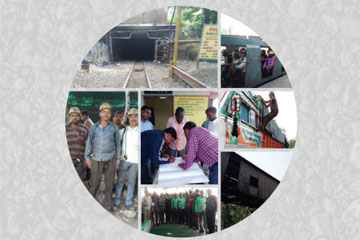 Mapping the Impact of Coal Mines and their Closure: A Case of Betul

The research has attempted to stitch together various socio-politico-economic linkages that were established
around coal, and consequences of its closure. The energy industry (coal mining and thermal power plant)
became central to the district. Coal, that once offered prosperity, seemed eternal. That mines will close, was
known; but even today there is little preparedness to deal with the change. The closures have had ripple
effects on the place. Sarni, the coal town, witnessed de-population, trade and businesses either slowed or
moved away. Jobs that were induced by the incomes generated from the energy industry and spent locally,
dwindled.