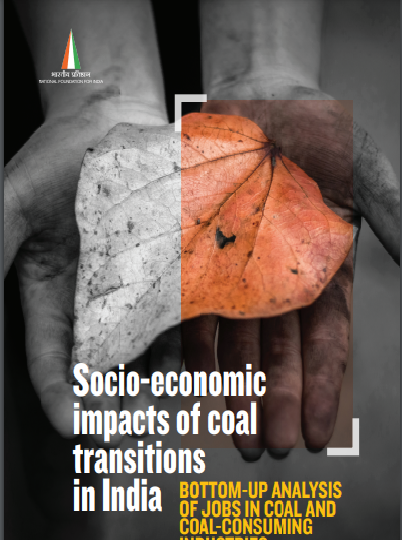 Socio-Economic Impacts of Coal Transitions in India: Bottom-Up Analysis of Jobs in Coal and Coal-Consuming Industries

Coal transitions in India are likely to be a messy and complicated exercise. At a conservative estimate, more than 13 million people are employed in coal mining, transport, power, sponge iron, steel, and bricks sectors. This is more than the population of at least 160 countries around the world, or the population of a country like Zimbabwe. This figure does not include those in the informal sector in coal mining, labour involved in coal imports (at the ports or transport from ports to thermal plants), indirect activities in the iron and steel sector including third party sellers, warehousing staff, iron ore mining etc, the dependents of workers or even third party vendors like equipment manufacturers. Conversations with stakeholders suggest that only including the informal coal economy would likely take this dependency to more than 20 million people or the population of Sri Lanka.