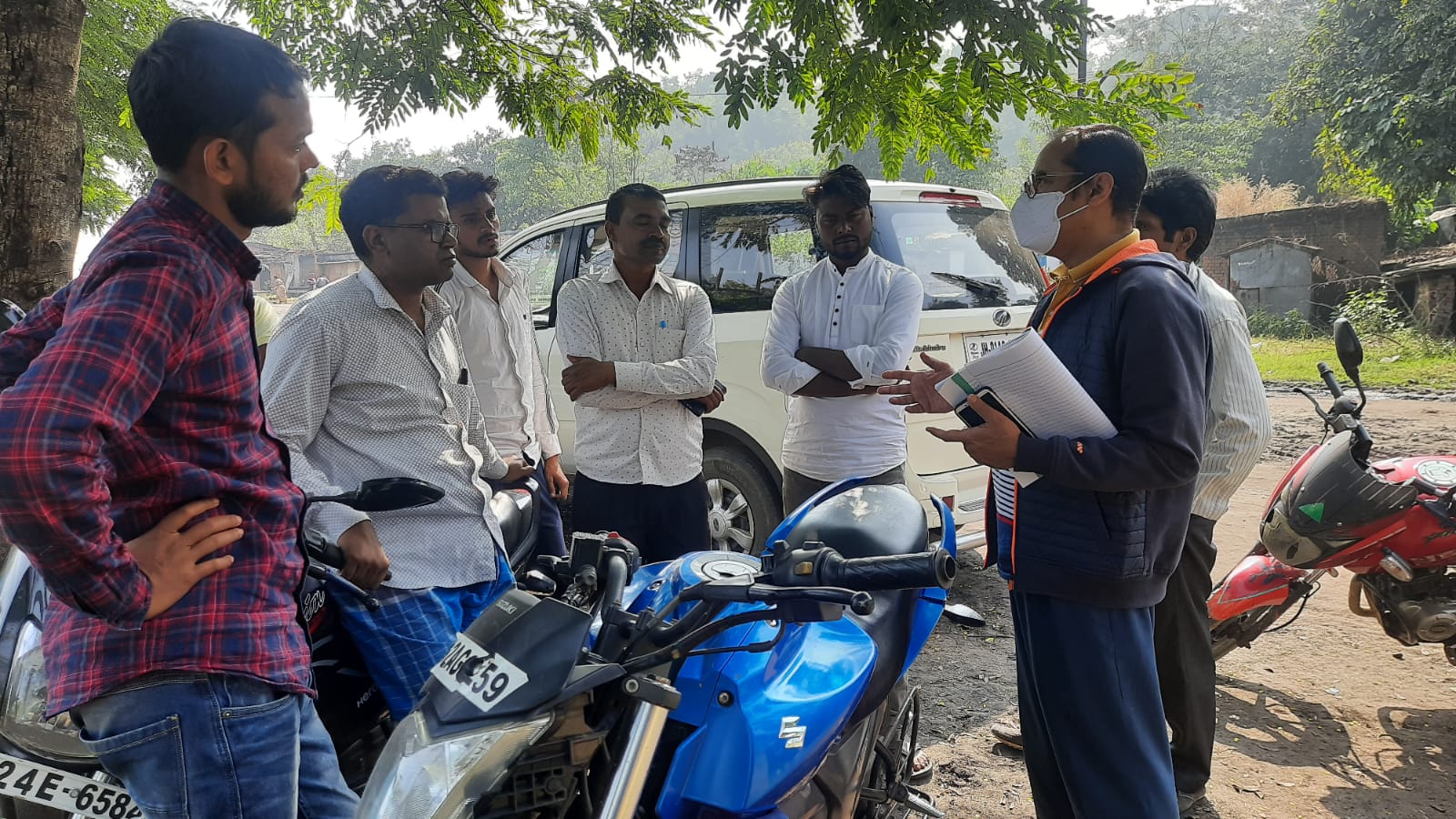 Way back in 1996, FaguChaudhury used to work as a contractor for CCL (Rajrappa Project) and used to engage local youth as labourers primarily for loading coal. He narrated how the local populace was solely dependent on coal only and was the only visible avenue to make quick money as opposed to rain-fed agriculture and return therein from the meager land. Even 3-4 years ago one could see trucks lining up around colliery belts and at least 1500 labor could be seen busy loading coal. This has become an occasional affair and the KantaGhar, once a Today owing to mine closure and or relatively lesser mining and transporting coal to steel industry townships around through rail route reduced opportunities for local labour.

Dhyanesh was a labour contractor before and used to earn 2-4 K per week but in the last 3 years, he stopped doing this job and opted for farming as he owns the land. Earlier 56 mines were operational and except 3 the rest closed down. In the next 5 years, Karma Project mines will also close down. Consequently, the labour force shifted to agricultural occupation, and those who have less/no land, migrated to cities in search of jobs. Overall unemployment increased and its manifestation may be seen with increased incidence of looting on roadways and chain snatching. Sense of insecurity is rising. Hence the revival of the local economy is a necessity and it can be achieved through:

Md. Hakim Ansariremarked “Labour contracting was a lucrative option earlier”. He used to make good money by the road selling coal loading and make labor payments to the tune of Rs. 1 lakh every month but after 2016 business is down. He opined that due to lack of improved technology the coal production has declined and he was forced to think of an alternative means of livelihood in an environment where people generally hardly think beyond coal and other opportunities appear blocked. He later opted for picking school children and dropping them at school and home and earns about 10,000 a month now. Normally agricultural land is leased out for farming and one gets enough return to meet one’s food security needs.

Questions that emerge: Can there be alternative livelihood choices in the coal belt where mines closure or reduced mining impacting lives? Whether answer lies in inclusive planning?